Best Phones for Recording Video in 2022

A smartphone is not only a means of communication today but also a camera for shooting, so many buyers pay special attention to the quality of photos and videos. Let’s take a look at some of the best options out there. 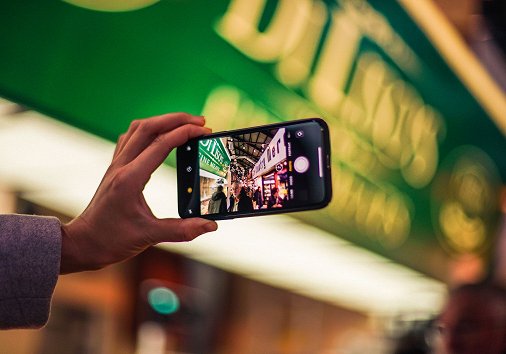 At the dawn of mobile photo and video recording development, this area was dominated by Apple devices. A little later, they were joined by flagship smartphones from Samsung.

In recent years, computational photography and software have come to the fore, where Google and Huawei have achieved particular success. It is in computational photography that the top video smartphone manufacturers see the future, so they have significantly increased investments in this direction and directed all free resources to the development of new technologies.

What is essential for vlogging? Of course, it’s a video phone that can take cool photos and videos. And every year, more and more requirements are imposed on them.

When buying such a gadget, it is important to consider the matrix's characteristics, the quality of the optics, its aperture, the smartphone’s processor, and even the software used in it. However, you need to consider all the characteristics together, and not separately – a gadget with a 50-megapixel camera can often take much better pictures than a device with a more powerful 108-megapixel sensor due to the impact of other characteristics.

Are you running your own channel and looking for a good phone for vloggers? Let’s take a look at some of the best options we have in 2022.

At the moment, it is difficult to single out only one smartphone that suits everyone. Different models have their own advantages and features. However, we can still name some phones with the best video recording features at the moment.

It is the smartphone with the best camera in the entire Galaxy lineup until 2022. It is one of the best video phones with optical stabilization, which is controlled by a processor with a separate neuromodule. This phone has four cameras on the back, the main of which is a 108-megapixel module that allows you to take high-quality pictures even in the dark.

There’s also a 12-megapixel ultra-wide-angle lens that captures superb wide-angle shots of architecture or landscapes. This module also helps to make macro photos. The Samsung Galaxy S22 Ultra has two optical zooms – x3 and x10. Even at 10x magnification, you can get high-quality frames.

This smartphone made it to the top of the best camera phones of 2022, as it is not much inferior to the more expensive flagships from Samsung or Apple. The main 108-megapixel camera shoots at 12 megapixels by default. With it, you can get good shots both during the day and at night.

Xiaomi Mi 11T has an 8-megapixel wide-angle module and a separate 5-megapixel macro module. The latter works with autofocus, which makes it easier to capture small objects at close range.

The developers made the main emphasis on shooting video. The smartphone records videos in 8K format, and a special cinematic mode allows you to create videos with beautifully blurred backgrounds, just like in feature films. Something similar is in the iPhone 13 Pro Max.

Speaking of which, what about Apple products?

Traditionally, Apple products got good cameras, but the iPhone 13 Pro and iPhone 13 Pro Max, the main competitors of Samsung’s Galaxy series smartphones, took the lead for shooting video. It has the best combination of stabilization, adaptation to shooting conditions, and smooth switching between lenses. All this makes the video recording process much smoother than with other smartphones.

The smartphone has a triple main camera – all three modules have a resolution of 12 megapixels. Compared to its predecessor, the iPhone 12 Pro, the aperture of the main sensor has expanded, positively affecting night shots. The size of the telephoto lens has also increased, and a triple optical zoom has appeared.

A special mention is a cinematic mode, which blurs the background and creates the effect of a movie-like picture. The technology works with the main and front cameras, allowing you to vlog with an iPhone if you want to get a beautiful image without using additional equipment.

The iPhone 14 is also coming out this year with even more promising video specs. Therefore, you can wait for its release or use the already existing options – if you are not chasing an overly perfect picture, their capabilities are enough to get an excellent result. And various apps as well as online video editing tools can also help make your footage even better. 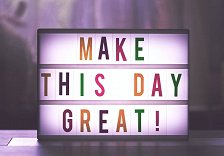 How to create motivational clips 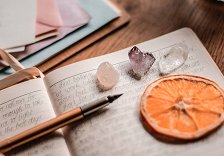 How to combine clips into video diary 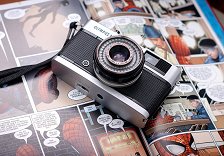 How to make fandub for comics 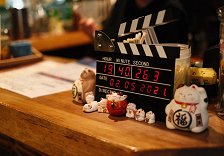 What is film clapperboard