What are Mashups Videos

The mashup genre has become quite popular on video platforms in the past few years.

What is a remix video or video mashup

The common meaning of this word is "to mix compositions" since it was established within the music industry. There, it was used to describe a remix – a non-original piece of music consisting of two or more original musical compositions mixed by overlaying a vocal or instrumental part of one composition onto a similar part of another. It means the same when it comes to video remixing, but here the clips are used instead or together with remixed audio.

Some perceive the mashup as an independent genre. Still, it will be difficult to define its main features apart from being made from different sources – you never know what exactly you will see when watching a random mashup. Therefore, a mashup can be perceived primarily as a tool used in different situations and for different purposes. However, the question remains. Why do people make them?

First of all, because it's funny. One of the main concepts of humor is the effect of surprise, the combination of the incongruous and the appeal to something familiar. You see the beginning of a familiar video or a clip that is now popular, and you already know how it will go and end. You recognize it and subconsciously expect a familiar continuation, text, and voice. Suddenly you get a frame change to another part of the video or to visuals from a completely different clip, which you also know well (you can appreciate the author's skill and idea without knowing the sources, but the full effect without it will not be achieved). It surprises you, and you laugh. It doesn't look that bad, you may think. How could the author think of combining such incompatible things? And as a result, you may want to see more of these.

Based on this, you might think that remixes are made to make people laugh, but this is not their only purpose.

With today's advances in computer technology, it is no longer difficult to make a remix even without much experience. A handful of AI mashup makers only need to be fed original sources to combine them. However, the result is rarely perfect since AI doesn't get what you want to see, so it's better to make a mashup yourself from the beginning. To get started, you can decide what type of mashup you want to make.

Basically, mashups can be divided into two categories: those about humor and those that should be liked and remembered by the viewer.

In the first case, the quality doesn't matter, and sometimes deliberate carelessness will only enhance the comic effect, so you can do whatever comes to mind.

the second type includes music video mashups. There, the authors work on matching audio and visuals, trying to make the most pleasant and harmonious combination that will look as if it was originally intended to be like that. When watching videos like this, the person unfamiliar with the sources may not distinguish them from the original.

This type can also include videos in which the main thing is a remix of audio, and the visual part is a compilation of video clips that may not fit the song.

Trailers are another popular type of mashups. Movie studios make their own trailers, of course, but sometimes fans decide to take matters into their own hands. These can be parody videos like "how things really look in the movie" or epic trailers using shots from the movie. The latter works especially well with multi-episode films because, in this case, you can make a "movie universe trailer" and tell a whole story with it.

In the end, no matter how well a mashup is done, it must resonate with people, it must stand out from hundreds and thousands of others. With the search for the craziest combinations, the history of mashups as an Internet phenomenon began.

But the main thing is self-expression and originality. A mashup can be three seconds long and consist of one clip or word, or it can be an hour-long mix. It can have two or one hundred and two "sources" replacing each other every second. This is what makes the process creative, not mechanical, and the result so interesting. How far can the author's wild imagination take them?

Making mashups is fun and interesting, but if you're going to share them on social media, what about copyright issues? Luckily, Fair Use is a saving grace for authors in the video remixing case! According to it, you can use parts of copyrighted materials without specified permission, provided they're used for educational purposes, as a commentary, or as parody.

And if you're not sure whether the footage you want to use falls under this right or don't want to risk, you can use Internet resources that offer royalty-free video footage. There you will find plenty of clips that can be used creatively without fearing your video being removed. 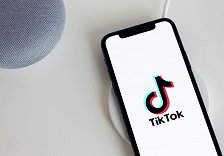 How to duet video on TikTok or other media

How to make video for DIY projects 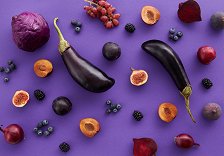 How to use video collage editor 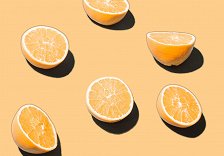 What is the meaning of homage