Horizontal vs. Vertical Video: When to Use Each

It’s essential to consider a number of things when filming, and video orientation is one of them. Learn more about when to use which format! 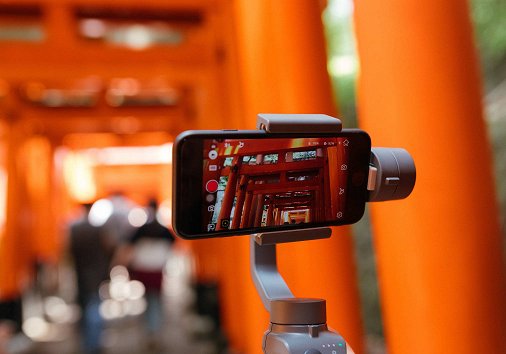 Should you shoot vertical video?

Nowadays, the rampant use of social media in general and the stories genre in particular has allowed vertical video to emerge from a very narrow niche. Now it’s widely used and is not strictly tied to social networks only.

Nevertheless, we should not forget about horizontal videos. After all, the whole "portrait vs. landscape video" debate is still a thing because both formats are used for different purposes, and some Internet platforms favor specific dimensions over others.

Thus, before shooting, you should consider which platform you’re going to upload the video to and pick the appropriate format. So let’s take a look at which formats are used in which cases!

Horizontal or landscape videos will undoubtedly remain a priority in traditional cinema, as well as the norm on television, for a long time to come. As much as people use social media, they still watch movies in theaters or on the TV screens, in which case horizontal orientation is much preferred.

You should make horizontal videos if you want to:

It also should be used to convey the dynamics of the movement. Vertical videos can do that too, but it usually looks like a quick flash, whereas horizontal ones provide more space to trace the moving object with your eyes.

Vertical or portrait videos came into our lives far from overnight. This format became popular due to being used on social networks, especially Instagram and Facebook.

Speaking of which, there’s also IGTV, the Instagram service, which was originally planned to be used as a substitute for YouTube. And although it never truly replaced YouTube, IGTV became one of the main popularizers of vertical video since it was created as a service for smartphones and other mobile devices.

Although many people joked about vertical video syndrome, this format undeniably has its advantages, such as:

And most importantly, it’s simply convenient to shoot in portrait mode due to the vertical design of mobile devices.

How to shoot for social media

As you can see, a video’s orientation is generally determined based on where you plan to post the video. In most cases, vertical format works fine.

But then you might be wondering if you should make a vertical or horizontal video for YouTube. You can do both, actually. Although the platform favors landscape orientation over the portrait one, you can still upload vertical videos, and they will change their aspect ratio to fit the standard dimensions. The only downside is having the black bars which will appear on both sides of the video, but you can avoid it if you resize the video for YouTube specifically before uploading it.

The same thing applies to platforms that use vertical orientation. If you have some great horizontal videos, instead of recording the same content in the vertical format, you can just adapt them for the specific platform.

In terms of the shooting process, it’s pretty easy to make videos using a smartphone — most of them change orientation according to how you hold the phone. But if you’ve been thinking about how to hold an iPhone for video recording, it’s more tricky. Make sure you hold it with the volume buttons at the bottom if you’re shooting using the main lens. It helps to prevent the videos from turning upside down after they’ve been transferred to other devices.

You may still occasionally slip and record videos in a different format than you wanted. Luckily, as stated above, it’s not hard to fix with a bit of editing, so you don’t have to worry if that happens. 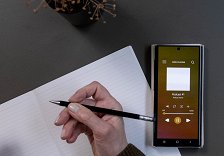 How to turn podcast audio into video

What is a MOOC course

How to convert video from portrait to landscape 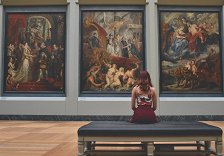