Your Complete Guide to All Social Media Video Specs

Social media evolve, develop new features, and change the old ones. Meet our renewed and updated full guide on social media specs in 2022!

If you are not a professional video director, you are pretty unlikely to have licensed software for editing and resizing video content. Luckily, we do. Let us introduce one of our tools – Online Video Resizer by Clideo.

It is compatible with all the OS, including Windows, Mac, Android, Linux, and iOS, and works online, so you don’t have to download and install anything. The most important feature — our tool has ready presets for all the post types and it can convert your video to one of the 23 formats right away. So whatever you need – you’ll just get it in a few seconds, any place, any time, any format.

Let’s not beat around the bush and go straight to the point. Keep reading and get to know the specifications, video limits, and demands of all the most popular social media in our complete guide!

Created for sharing the best (and a little bit enhanced) moments of our lives, captured in photos, nowadays Instagram also supports video content. Why don’t we use the opportunity and transmit our visuals to more than 5 million delighted users?

A human being is such a cunning creature, that they can turn everything into money, and Instagram is no exception.

As for the specs, they are absolutely the same as for the regular in-feed.

A side-scrolling row of 2-10 short videos, demonstrating all the peculiarities and features of a product.

Stories may be either regular in feed (organic posts) or commercials. Ads show up among other users’ videos naturally, they don’t irritate the viewers and can last up to 15 secs. There is no exact recommended resolution, as stories fit the smartphone screen, so their size depends on the user, not on your choice.

It’s a relatively new Instagram feature, introduced in 2020. Reels are something between Stories and IGTV: they are more elaborated and artistic than the former, but shorter and simpler than the latter. Like TikTok videos, Reels have background audio applied.

Instagram TV has a lot in common with Stories, but it does not disappear in 24 hours and stay forever (until the owner deletes it). Also, this option allows to upload videos up to 60 mins long, turning a company’s account almost into a real TV-channel.

Facebook is rather complicated (sorry, Mark!). There are several possible types of video content, and each of them has its own specs.

The most common type of Facebook videos, so-called regular feed. Here are the general Facebook vertical and horizontal video specs:

There are slightly different demands:

Stories have another story (nice pun, isn’t it?):

Fb advertising is one of the most effective and affordable ways to promote a product. Good news: Zuckerberg kindly offers us at least 6 types of sponsored videos. Bad news: all of them have their own limits and specifications.

In this case, Facebook video post specs do not depend on the position of the ad (in feeds or on the right sidebar):

Facebook Carousel lets the company show up to 10 ever-changing images, so it is considered to be 10 times more effective than any other advertisement.

A mobile version option, which lets the company attract a user’s attention. By tapping on the canvas video, an interested customer-to-be can immerse into more details, have a look at the pictures, read descriptions, etc. Canvas video ads are especially remarkable for their autoplay function.

It’s a combination of several images with a main video.

This type is applied to other video ad formats: carousel, collection, etc. When the customer taps or clicks on the ad, it expands on the whole screen. The next steps depend on your choice: it may be just a video, a form to fill in, or other types of interaction.

A number of photos or pictures (from 3 to 10), bonded into one video. It may be combined with a soundtrack so that the whole combination looks like a lovely mini-film:

About 330 million active Twitter users are waiting for being seduced to buy your product. Luckily, commercial videos’ specs are absolutely the same as for regular in-feeds, nothing spectacular.

The most popular video portal among users of all the ages, YouTube is used to entertain, educate, promote goods, self-advertise, kill time and whatever else. It would be a mortal sin not to take advantage of such splendid possibilities. Video specs are pretty complicated, though, let’s sort them out.

YouTube automatically frames uploaded videos and accepts all the most common formats, so that everybody could upload video fast and seamlessly.

We enjoy tons of free quality content on YouTube only because huge corporations and tiny enterprises sponsor them, inserting their ads right into videos.

There are several types of YouTube advertisements. Their specs are the same as for regular content, but the video length depends on the ad type:

A relatively new feature, introduced in 2020. As the very title implies, it’s a short video, which can be reached and edited from any device.

Designed for recruiters looking for new employees, and specialists willing to change positions or find a job, Linkedin doesn’t use lots of video content indeed. But video CVs are becoming more and more trendy, so let’s have a closer look at their specs.

Snapchat is all about video – mostly with various lenses, filters and special effects. No wonder it is one of the fastest-growing and demanded social media among youth. The majority of content consists of short 10-second videos, used for both personal sharing and commercial promoting.

The main format for commercial videos. Specs are similar with the difference in:

The same specifications are also applicable for the Promoted Video option.

TikTok is all about videos. Luckily, users don’t have to sort out lengthy manuals and adjust their videos to make them meet TikTot requirements, as the content is usually recorded, not uploaded. Hence, the majority of specs are set automatically. 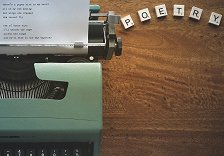 What is visual poetry with examples 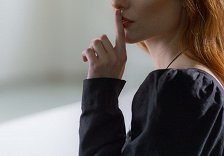 How to remove audio from iPhone video 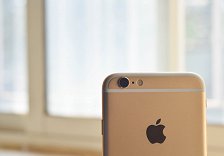 How to turn iPhone into webcam 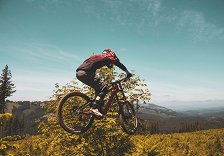 How to turn video clip into stop motion