What is a Point-of-View or POV Shot

Visual media uses a lot of different techniques to tell a story and evoke emotions within the viewer. One of them is using POV shots. 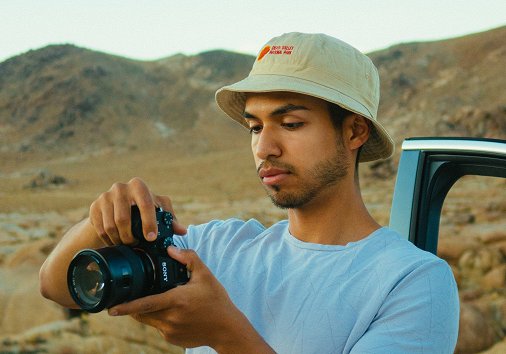 So, what is a POV shot? In simple terms, a point-of-view shot (also known as first-person shot) refers to a shot from an angle that shows a perspective from a person with a camera – hence the name.

It’s a widely used technique, so you, no doubt, have already seen it in use – a prominent example in movies is a POV shot merged with a reaction shot to show what a character is looking at and their reaction (or vice versa).

How a POV shot is used

The most common use of this technique is to make the viewer believe that the action on the screen is real, to see what is happening through the eyes of the character.

Since using first-person shots put the viewer inside a character’s perspective, it’s quite often used to evoke certain emotions within them – the possibilities are endless. Usually it’s something an average person is familiar with.

Take, for example, fear. Horror or thriller movies have a variety of ways to scare viewers, but POV shots make it more personal. When a character sees something scary, a scene can be cut to a shot from their perspective to make the viewer experience similar emotions.

An example of this are movies of the “found footage” subgenre, like “The Blair Witch Project”. Since they are typically presented through the camera of one or more characters, the use of POV shots is quite generous – the whole movie or its substantial part consists of them.

Speaking of which, did you know that the first movie almost entirely shot through the character’s perspective was made in 1947? Nowadays it’s nothing out of ordinary but at the time “Lady in the Lake” was an experiment.

Robert Montgomery, who played the role of the protagonist, used the camera and other characters talked directly to it, creating an illusion that they’re speaking with the viewer.

Likewise, POV shots can convey less ordinary things, such as the feelings of a drug user. If you’ve seen “Fear and Loathing in Las Vegas”, you certainly noticed that anytime a character uses drugs, the effect of distortion appears. Combined with first-person shots, it looks even more surreal and portrays what the characters are feeling and seeing while under the influence.

In romantic contexts, POV shots can tell the viewer what the character feels towards a person in front of them. “Love at First Sight” scenes often show the love interest from the protagonist’s perspective, usually combined with the shot of their reaction.

First-person footage is also used in action movies. Chase or fight scenes from the character’s perspective will certainly raise the adrenaline level, especially if the viewer is watching a movie in the cinema.

Technicalities behind the POV shots

Bulky cameras from the previous century simply could not mimic the human eye, despite the use of fasteners, rails and cables. Nowadays, POV shooting has become much easier – there are more types of equipment to choose depending on your needs.

You can shoot in the first person even with a smartphone, but it is usually better to use the camera, since you can adjust the lenses and it requires less post-shooting editing. For POV, it is important to see the protagonist’s hands and their movements, sometimes also their legs, so you need to use the widest possible shooting angle. 7-14mm lenses are great for it.

If you want to shoot longer and in more extreme conditions, an action camera comes in handy. They are typically even more compact than modern cameras, which makes it easier to attach them to your body or equipment (like a bicycle), and also durable and waterproof. 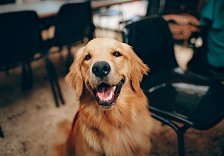 How to turn a video into a GIF on Android 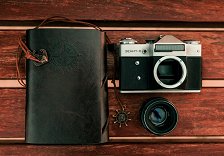 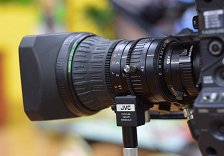 What is a zoom lens 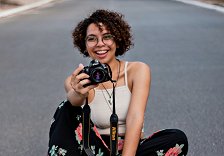