What is Shutter Shock and How to Prevent it

Blurring can occur for various reasons, most obvious being shaking hands, cranky tripod, autofocus failure, poor lenses, and even wind. 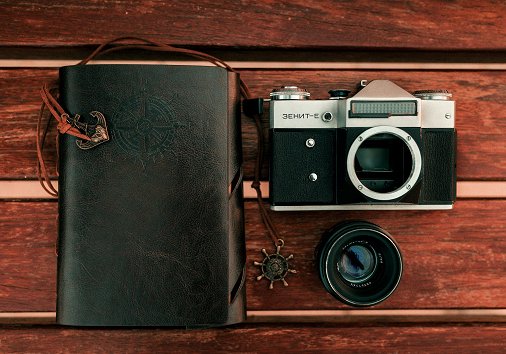 However, if you notice that your images are not as sharp as you expected, even though you have taken all possible measures, consider studying the shutter mechanism of your device. Otherwise you will never get a similar result on your camera:

There you could find the fault line, namely, shutter shock. It is defined as the micro-vibration in the mechanism of the first curtain in the shutter that happens when the exposure is initiated.

How and when does it happen? In short, a regular mechanical shutter has two curtains, one of which, the front one, opens when the exposure starts, while the second moves when the exposure ends. And the vibrations from this very front curtain can potentially ruin your image. This can happen in certain shooting conditions — when using the lenses with longer focal length, for example, telephoto lenses, and at a specific shutter speed around 1/100 - 1/2.

Is it possible to prevent shutter shock

With shutter shock, photography can become a little bit more painful as usually blurry ghosted images are not welcomed. All types of high-resolution cameras, both DSLRs and mirrorless, can in fact suffer from vibrations.

Being aware of this, manufacturers have luckily started to embed a special option to eliminate this effect. It is called EFCS, or Electronic Front-Curtain Shutter. This feature turns off the first curtain, so it stays open ahead of time, doesn’t move, and, thus, transfers no vibrations to the camera body. The exposure starts electronically, hence the name of the function.

However, not all devices have this option, moreover, depending on the gadget, EFCS can work only in specific shooting modes. For example, some DSLRs will only have it in the Live View mode, while some mirrorless cameras can have it turned on for all modes by default. That is why always refer to the manual to find out if your device has the electronic front-curtain shutter and how to enable/disable it.

So you can guess that this function has a number of effects that can improve your shooting experience:

While EFCS might seem a must for all the cameras (why would anyone want a shaking device), this feature still has certain limitations:

To sum up, there are multiple ways to avoid blurry images and many modern cameras have special built-in mechanisms that help make the photos as sharp as possible. However, you should always consult the manual to make sure you use the feature properly. 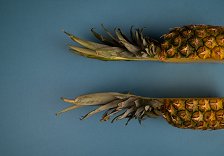 The definition of crop factor

How to turn video to grayscale 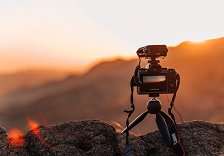 What does a tripod mean 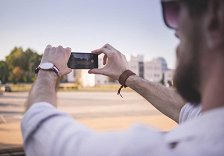 How to add music to an iPhone video clip