What is Wilhelm Scream

One sound effect in cinema has a long and exciting history of its own. Learn how Hollywood’s most popular Wilhelm scream was born.

The Wilhelm scream origin goes as far back in time as 1951. It was used for the first time in the movie "Distant Drums", where in one scene, one of the heroes is bitten by an alligator and lets out a piercing scream. But this sound got its current name after, in the 1953 film "The Charge at Feather River", Private Wilhelm screamed at the moment an Indian arrow hit him. This scream quickly became quite a popular sound effect.

Why is it used

Why is the Wilhelm scream still used if it was first implemented so long ago?

The main popularity came after the active use by Ben Burtt in such film franchises as "Star Wars" and "Indiana Jones" (and Ben Burtt is the one who invented and embodied such iconic sounds as Darth Vader's breathing or the "voice" of R2-D2). So this is how it started – the Wilhelm scream not only got into dozens of films but also became a kind of an Easter egg among movie directors. One of the biggest humorists out of them, Quentin Tarantino, of course, could not pass by it too, and the iconic scream appeared in quite a few of his films.

The Wilhelm scream has become one of if not the most widely known movie clichés and as of now, has been used in over 200 pieces of media. Interestingly, the legendary recording was never included in any commercial sound effects archives. Its distribution became possible thanks to representatives of cinema art who appreciated the history of the Wilhelm scream.

Nowadays, the Wilhelm scream is still used, but not as much – the peak of its popularity was reached in the late 2000s. At that time, it was not only constantly heard in films but also actively discussed on the Internet. Millions of people learned about the Wilhelm scream, and it was this fact that ruined its "career" in big cinema. Many viewers did not like the feeling they had when they could clearly distinguish the scream repeatedly, and most of the film industry eventually abandoned its use.

This fact hardly upset the sound engineers though: with the growth of recognition of the sound effect, its use, to a certain extent, lost its meaning. Previously, people who could identify the scream could consider themselves to have some unique knowledge. Now that just about every movie buff knows about it, the Wilhelm scream is just a record of a person screaming.

However, it's already impossible to take away a place in cinema history from this sound. In addition, it is still used from time to time in both film and gaming industries, as well as in amateur videos on social media for comedic effects.

Given the huge track record of this scream, it's hard to tell which use of it was the most successful or famous. However, its diversity can be appreciated.

For starters, you can check out the very first instance of the Wilhelm scream in full context.

To some, this scream may seem unnatural or feigned, which is perhaps why it works more often in the medium of animated shows. For example, in the animated television series "Be Cool, Scooby-Doo!".

The Wilhelm scream has also found its way into the gaming industry, not only in obscure games by amateur developers. It has been implemented in such popular titles as “Red Dead Redemption”.

And “The Witcher 3” as well. In this case, the scream is triggered randomly when the character dies, so it can be considered an Easter egg for lucky players who get to hear it.

Now that you know about this sound effect, you might remember other "stock" ones that are also frequently used. However, nowadays, many users create videos with unique sound effects that can overpower the old ones and immediately be recognizable among the viewers. Maybe you can be one of them? 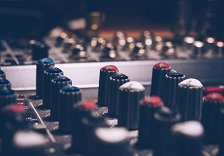 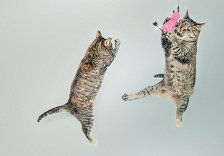 How to create jump-cuts in films 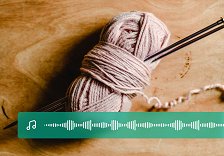 How to simple background music to video 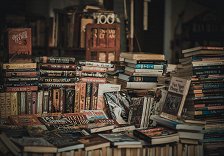 BookTube and how to start vlog on books