What is Green Screen

Green screens are widely used in both professional and amateur video production. Let's find out how a green screen works and why it is green. 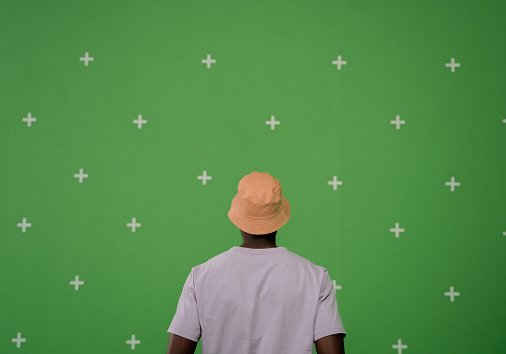 Nowadays, when watching even the most fantastic and implausible scenes, the audience completely loses awareness of the illusory nature. The ruins of buildings, interplanetary galaxies, and many special effects seem so realistic that there is practically no doubt about their existence. However, it is only the skillful work of professional designers, artists, and other specialists, as well as the use of green screens as backdrops on set. But what is the definition of a green screen exactly?

Other than the obvious reference to the background color, green screen refers to the technology that combines several images in a single composition by replacing and combining backgrounds. The software makes combining two or more images in the same frame or scene easy. The convenience of green screens is that it becomes possible to create the required background in the frame or scene without expensive outdoor shooting by replacing the studio background with a virtual picture.

How does a green screen work

The footage is recorded on a monochromatic color background in the studio, and the keying process takes place during further video editing. Keying is the removal of the green background through video editing programs. After removing the green color, the background will be completely transparent, and one can fill this area with another image or video. The goal of keying is to get the background as clean as possible.

When using a green screen, the main goal is to plan what is real in the shot and what is not. The author must determine in advance what will be physically present in the scene and what will be added later while editing. On set, small props like tennis balls are frequently used as visual references for the actors to navigate in the scene.

Lighting is the second most crucial point. Filmmakers have to think about how to set the light for the characters to match the lighting of their supposed environment before starting recording. It may not seem important, but it will make a huge difference during post-processing and compositing all the layers in the shot.

Why are green screens green

It may be hard to believe now, but green was not always the primary color for backdrops – at the initial stage of development, this spot was claimed by the blue color. When the green screen was invented at the end of the 1970s, blue backgrounds were gradually replaced by them, and the reason is quite amusing. In many ways, the idea was "suggested" to professionals by the character of Superman: his blue suit required the use of a different background. Thus, Christopher Reeve was one of the first specialists who replaced the then traditional blue screen with a green one.

Both colors are as far from skin color as possible, which is why they were chosen for replaceable backgrounds. At the same time, there are some differences, due to which green had an advantage, so it was used as the main color.

Generally, if you plan to use a colored background, choose a color that is extremely scarce on the object you are shooting. For example, if there is a lot of green on the object, you should choose a blue screen and vice versa. Therefore, a large number of photographers carry both green and blue screens with them.

However, green is still not the only color used in keying. It can be a plain red, black, or whatever other color backgrounds, depending on the color of a person's clothes or objects you're recording.

In recent years, green screens have been widely used not only in films but also in videos and streams of ordinary Internet users. And why wouldn't it, when it allows them not to worry about the interior of the "studio" and provides a much neater look of the streamer figure cut out from the background on top of the video or game instead of the rectangular camera window. But the screen costs money, as it needs to be stored somewhere and hung on something, which may not be convenient due to its large size.

Fortunately, there is a digital analog. In addition to solving these problems, the digital green screen has another important advantage over the "real" one – it is much less demanding on lighting. The AI doesn't always cut out the moving person perfectly from the background, but these imperfections are usually a small price for not bothering with the green screen and spotlight placement. After all, you can always adjust video during post-processing.

With the rapid development of technology, this will soon also cease to be a problem. Digital green screens will likely be commonly used in filming. 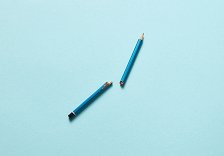 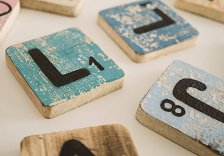 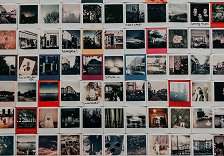 How to combine best travel images and videos 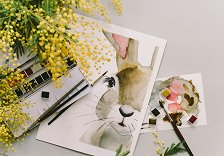 How to use before and after creator